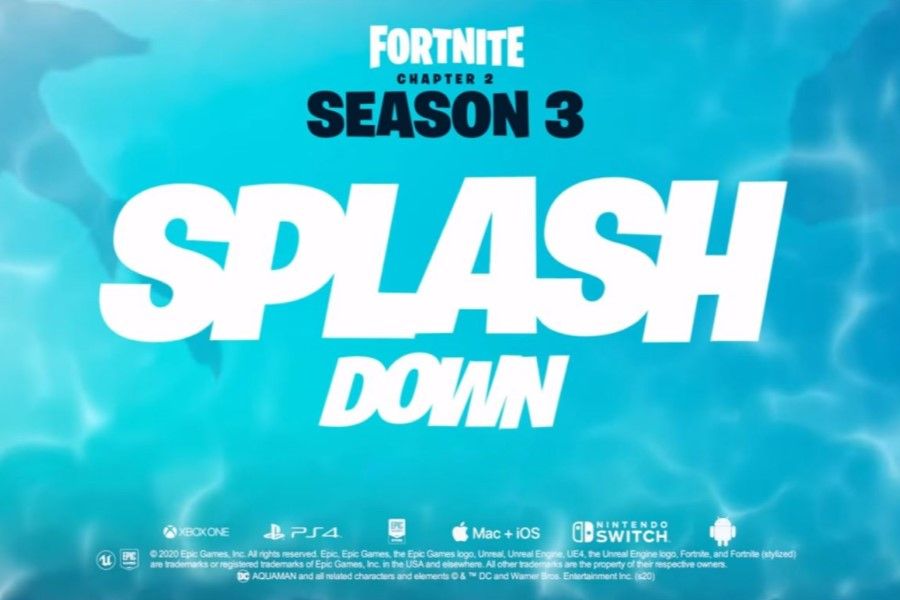 Fortnite players heaved collective sighs of relief and excitement when Epic Games came though on their promise to release Chapter 2’s Season 3 yesterday, after two prior delays. This season is entitled Splash Down and is sticking with the water-theme.

One June 15, Fortnite launched their Doomsday event which finally saw the fruits of Midas’ season-long labors finally being realized with the activation of his device. The agency blew up, five pillars erupted from the surround g water and some kind of electromagnetic orb was generated between them, causing an ominous storm to connect the Island to the ‘loop.’ And so, the next chapter began…

It looks like the magnetic storm has had a pretty drastic ecological impact on the Island’s structure as the left half of it is now mostly flooded making it look like a cross between Mad Max and Waterworld. And with deeper waters and wider tributaries comes larger aquatic life in the form of sharks, which we’ll get into later.

So, What Else is New in Fortnite’s Season 3?

These are an AI opponent/vehicle hybrid. Sharks can be found in wider water areas that can be navigated on a boat. If you come to close to a shark, it will attack you and they can also launch themselves onto land for a couple of seconds before turning around to return to the water, so it’s a good idea to be weary of our new friends. The good news is that once they’re no longer facing you, they seem to forget you exist.

But they’re not just new sources of annoyance and loot drops, as it is now also possible to fish for them; with a twist result. Instead of reeling them into your inventory, you will now find yourself sporting a pair of water-skis while your newly-tamed playmate hauls you around the waterways. Of course, this requires you to first find a fishing pole.

You can also use sharks to bash down structures. However, they will go back to forgetting that you’re a friend, not food.

Sticking with the Mad Max idea, Epic has added post-apocalyptic Marauders in addition to Henchmen and Bosses. However, unlike the Henchmen, they are ejected in pods from the rift sky and are released randomly on the map in groups of up to five.  Furthermore, there are now only three Mythic bosses in the form of Ocean, Kit and Jules, who have replaced Midas, Brutus, Meowscles, Skye, and TNTina from Season 2.

They’re not here yet, but they’re coming and it looks as though most of the minable vehicles will now be drivable, including trucks. We can assume from this that the flooding will slowly recede over the course of the season to reveal new roadways.

This season sees 87 new unlockable rewards. Epic has gone back to DC for this season, with the new main skin being Aquaman, although this skin is unlocked through a special quest line rather than XP progression. This character choice makes sense given the predominantly water-based theme.

Another interesting addition are the customizable Brella’s, with new unlockable choices being released throughout the season. This works pretty much along the lines of last Season Maya skin.