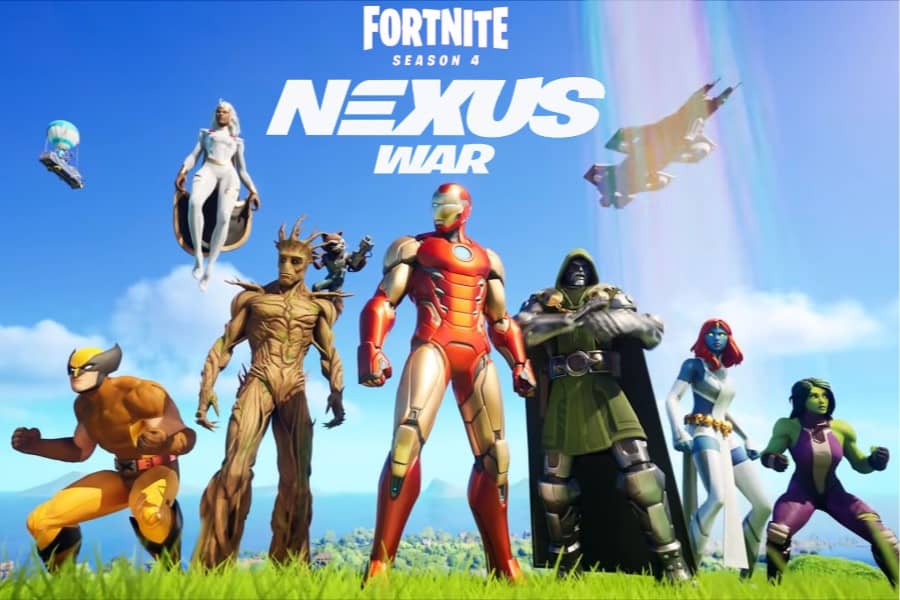 Fortnite’s Season 4 released on August 27 for most platforms, excluding iOS and macOS devices due to the current standoff between Apple, Google and Epic Games. This is a pity, as there are plenty of excellent glitches and new Epic Abilities in the game that will probably be long-fixed/nerfed by the time Apple users regain access to their accounts.

Some of these glitches are pretty sweet, allowing for increased chances of winning and earning crazy amounts of XP for Battle Pass progression. And others that are just straight-out annoying. We’ve chosen a few to mention her that have been discovered by various content creators, although there are quite a few others out there. Please note that we’re not stating who was the first to discover each glitch, as there were many streamers and players who discovered the glitches on their own and posted them at different times:

This video from Leonfire illustrates how to do the Groot Ball teleportation glitch. It is activated when the player runs straight at another player and then launches the Groot Ball right before college. This results in them being transported sometimes kilometers away from where they started, with no control as to where they’ll wind up. While this may prove useful when you fin yourself surrounded by opponents, it probably isn’t wise to count on it too much, as it can also very easily transport you to a location where you can’t do anything but die, as we see in the video.

This glitch first made its debut in the previous season and has reappeared in this season as well, but only for the Iron Man skin. You pretty much need to get to a phone booth and change into the hooded skin. Then, when you try to activate flying, your entire body will turn invisible except for your head and weapon. This will make you harder to spot and therefore make it easier to go on a kill streak. Of course, you shouldn’t get too confident, as once you’re shot you will become visible again and probably spark the wrath of all the other players around you. However, another strategy could be to just conceal yourself until the late game in order to get the end-game XP bonuses, if not the kill bonuses.

To activate this glitch from Fortnite Season 4, you need to head over to Frenzy Farm in a vehicle and find your self a haystack. You then need to get out of the haystack, harvest it twice and place a vehicle near the haystack. After that, you should either climb up a building or build a structure several stories high and then jump down directly onto the haystack. Right before making impact, you need to fire a single shot into the haystack. After your character glitches little bit, get back into the vehicle and drive off either a ramp or cliff. Right before it hits the floor, jump out of the vehicle and you will continue soaring higher and higher. You can continue shooting while you’re airborne, but you’ll nee someone to fly over in a Choppa to get you down.

This trick of SypherPK’s is not a glitch, but it’s still pretty cool. You firstly need to make your way to a Quinjet Patrol landing site and hack down a few of Stark’s Robots. You can then hack up to three of them, which will cause them to defend you and shoot opponents on your behalf. This is pretty handy, as their line of site is excellent, so they can act as early warning systems for approaching enemies, as well as helping with eliminations. They will also follow you even if you’re swimming, so there is potential for surprise attacks on opponents who don’t realize that you’ve got backup.

It’s important to note that the Quinjet Patrol locations change with each map, so you’ll need to look out for blue light shining from an area on the map to find them.

This glitch from GlitchKing also involves Stark Robots. You need to firstly hack a robot, and then kill yourself before your new ally dies. So, building a wall around it and eliminating the other robots could help you with this until you finish yourself off with the method of your choice. Once dead, if you don’t see a result on the loadout screen, then the glitch has worked. However, you must opt to spectate the remaining teams right up until they achieve a Victory Royale in order to get a free win (and possibly a seasonal Victory Royale Umbrella) added to your tally.

To activate this glitch, you’ll need a spicy fish, hop flopper and a couple of crash pads. You then start out by eating first the spicy fish, then the hop flopper by the river.  Then go into the water while holding a crash pad in your hand and then jump out. Quickly turn back towards the rive while retaining the diving pose and deploy the Crash Pad before you hit the water, so that you can dive onto it. This will launch you into the air while still in the diving pose and you will just keep on soaring through the sky like Superman until you let it go. You can yourself this to fly right across the map. So, although you cannot use a weapon while in this pose, it can be useful for getting out of the storm and into the circle in a hurry.

TheLlamaSir has kindly provided us with a comprehensive guide of the most efficient methods o farming XP. Again, these aren’t glitches, but they are very helpful for those of us who can’t grind for hours every day. Some of the tips include harvesting cabbage patches for over 3,000+ XP and collecting gold coins with vehicles for 15,000XP + 14,000 punch-card XP, among others.