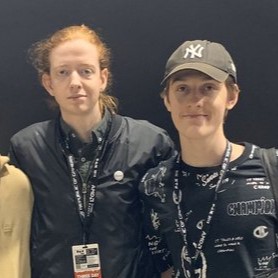 They became involved with Fortnite in 2017 and soon gained high rankings on the NA leaderboards. This motivated them to try to make streaming into a fulltime career as soon as they completed high school. Their achievements didn't go unnoticed and they were signed on with the Detroit Renegades in August 2018. However, it took a bit of grinding before their channel took off, as it was only once Jesse won the $100,000 USD in the Solo Summer Smash in January 2019 that their channel began to experience real growth.